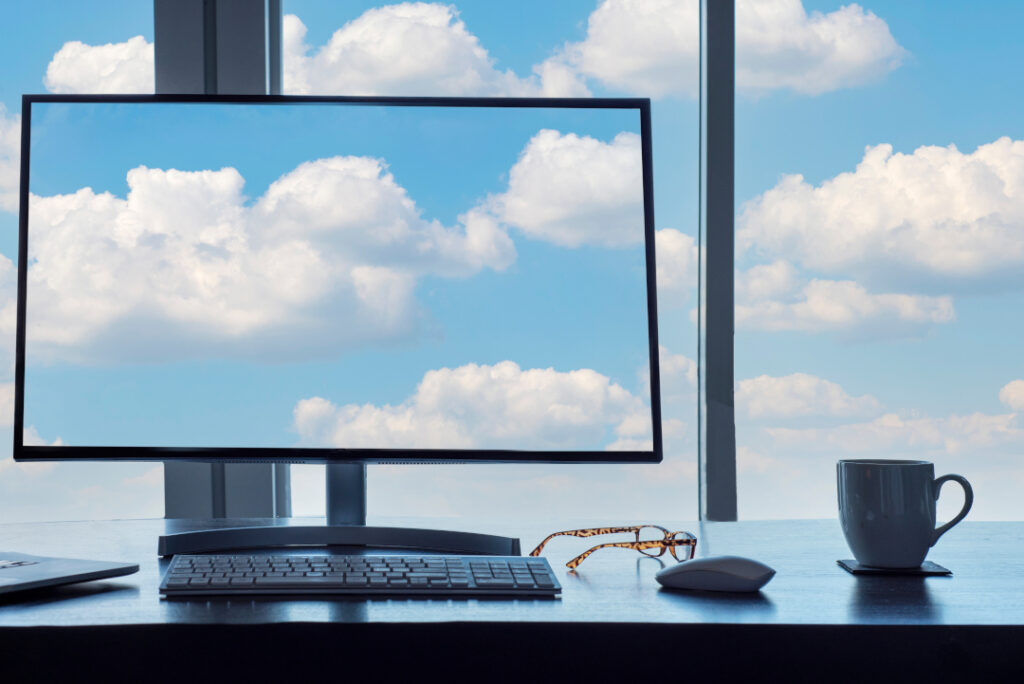 Edge computing has been around for a while now. It’s supposed to be a big deal and open a whole new world of opportunities for everyone who is involved in the cloud computing industry; edge computing is part of the cloud and the rise in multi-cloud setups should help it gain some market share., but is it doing this?

The edge is another possible revenue stream for telecoms. They already have much of the needed infrastructure in place and can easily take advantage of the edge to offer additional services. But is this happening? Let’s explore what the Edge is and where it is in its journey.

Just so that we are all on the same page, let’s start with a quick reminder of what Edge computing is. It’s a bit of a decentralized approach when it comes to storing and processing data away from a data center, but not on premises either.

Edge computing moves part of the data storage and processing closer to the origin. For example, a server can be placed at a cellular base station, and it can handle the data from IoT devices in the vicinity. Data would be sent to a data center only under specific conditions. For example, for long term storage or for additional processing and decision making. But the overall day-to-day workflow would be handled by the edge server.

This allows faster communication and processing and lowers the strain on the networks and can also improve latency etc. Edge computing can be used in a variety of scenarios – from factories and retail stores to city traffic control and equipment maintenance, etc. As we can see, there are a lot of benefits to edge computing. And according to Gartner, by 2025 75% of enterprise-generated data will be created outside of the centralized data centers, i.e., a lot of data should be at the edge where it will be more useful.

So, is edge computing part of the cloud, or is it a competitor? It’s actually a bit of both. The larger portion of it still needs classic data centers to offload data and processing power when required. Together the cloud and edge could offer a seamless experience for the client, especially if the latter doesn’t care about the location of the hardware, but the performance.

But it’s also a bit of a competitor as it takes away some of the responsibilities of the data center. That won’t matter much for the client, but it may matter to the data center operators who could lose some usage time and thus some revenue. Unless of course they are also offering the edge service, but in most cases that would require additional partnerships, revenue sharing, etc. It could overcomplicate things quite a bit.

Perfect business opportunity or not quite

As mentioned, Edge computing seems tailor-made for telecoms. They are in the best position to offer this service. And some of them are indeed very keen on the prospect. In 2019 Verizon announced that it expects to gain “meaningful” revenue from the Edge within a year. Fast forward to 2022, that hasn’t happened, LightReading notes.

According to BofA Global Research, Verizon has invested “more resources in edge computing than any other carrier over the last seven years, yet still cannot articulate how it can make material money in this space over an investable timeframe.” The analysts say that Verizon is in its second year of testing edge computing applications, but there’s “no material revenue to point to nor any conviction in where real demand may emerge.”

Ouch. Those are quite harsh words, and it’s not just one opinion: “Regarding the edge, carriers and infrastructure companies are still trying to define, size and time the opportunity. But as data demand (and specific demand for low-latency applications) grows, it seems inevitable that compute power will continue to move toward the customer,” wrote the financial analysts at Raymond James in August 2022.

The hype continues, but for how long?

Despite the unclear skies for the Edge, the industry remains optimistic about it. According to a forecast by GrandViewResearch, the edge computing market will be about $11.24 billion in 2022. It could reach $155.90 billion by 2030. BofA Global Research is a bit more modest and expects spending on Edge computing in 2022 to reach $8.4 billion. They forecast that the figure will grow by 20.9% at an annual compound rate by 2026.

Optimism remains high. In October 2022, HPE’s CEO Antonio Nery said to Yahoo Finance that edge “is the next big opportunity for us.”

“We live in a much more distributed enterprise than ever before. And also new use cases are being developed and deployed at the edge. So that for us is a point of differentiation in my mind. And then what it comes down to momentum– again, enduring demand, but we have not seen any major order cancellations at all. And that to us is a very positive sign that digital transformation is a key top priority for our customers. And IT plays now a bigger role than ever before”, says Neri.

What’s bringing all these expectations together is exactly that, they are expectations and looking forward to the future. We’re yet to see any actual big success from the Edge. So far, this service remains mainly a niche offering sought by specific clients for specific needs.

“In edge, telcos have a clear opportunity to become a central player due to tight interdependence between applications and connectivity features. Our report outlines the potential demand for edge compute, however, it is also fair to say that it is still unknown where it will be deployed or what it will effectively be, and without an application to drive it, it is very hard to describe what the target vertical will be. As such, we are cautious to make firm determinations on the potential users/verticals of edge compute,” wrote the BofA analysts in their October report.

Maybe a better focus is needed

What Edge computing needs is some help in finding its vibe. The one thing that companies can associate with it. The technical description simply doesn’t say anything to even tease the imagination of an enterprise. “Processing data close to its origin” means nothing to a mining company or to a retail chain, etc.
The industry should really find a better selling point for Edge computing, and if we take note of a recent white paper by Cologix, there might be an opportunity forming. The company says that businesses are accelerating their migration to the cloud and multicloud solutions. They are less and less worried or interested in the specifics of how the infrastructure is working, but instead, they simply want access to the services they need and to be able to scale them.

So, it seems the Edge is in a tough situation, right? How can it be promoted if enterprises are shifting their focus from the inner workings of the infrastructure? It may be easy. Instead of focusing on what the Edge is, point to what it can do – and not in technical terms (they are for later), but in added value. For example, the Edge can help companies with their digital transformation. It brings yet another vector of possibilities for them to improve their entire workflow, thus bringing better services to their clients.

Yes, you could say these are marketing words that have been used for decades for a plethora of technologies. But there’s a reason for it, and that’s because they work! They are enough to draw attention and then it’s the turn of the technical definitions to explain exactly how that would happen.

Some potential benefits of the Edge are lowering costs and easing logistics. Thanks to the Edge there’s less need to build big data centers inside of cities and they can remain in the outskirts.

Cologix is saying that data center operators are very interested in this option and are “racing to the Edge,” says the report. “By building networks of carrier-dense data centers in edge markets, data center providers enable customers to make business-critical transactions with the speed and ease necessary to remain competitive.” The paper also recommends companies which are interested in the Edge, work with a data center provider which specializes in edge locations as they already have the needed infrastructure and experience.

Another way to better focus the Edge is IoT. The Internet of Things is far better known to enterprises. Many of them already have dabbled with IoT projects, and the Edge is the perfect companion to further empower and enhance IoT. So, that’s another key selling point of the Edge. Many telecom companies are also involved with IoT services while data centers are a must to handle and store the data and provide long-term analysis and processing while the Edge takes care of the real-time needs.

And one final selling point of the Edge – better sustainability, says DataCenterDynamics.
At first glance, the Edge could increase emissions as it would mean more hardware, more electricity consumption, etc. But when the Edge and IoT team up, then things can be very different. IoT is one of the best ways to optimize and improve the overall processes of a company and lower its emissions. And when the Edge helps improve IoT’s work, then it becomes part of the solution and thus we could have a winner on our hands.

For all of that to happen though it will take both time and effort. The work is getting done, but maybe at a slower pace than initially expected. It seems that the Edge is here to stay, but it will take its time before it becomes the big player it was envisioned to be.