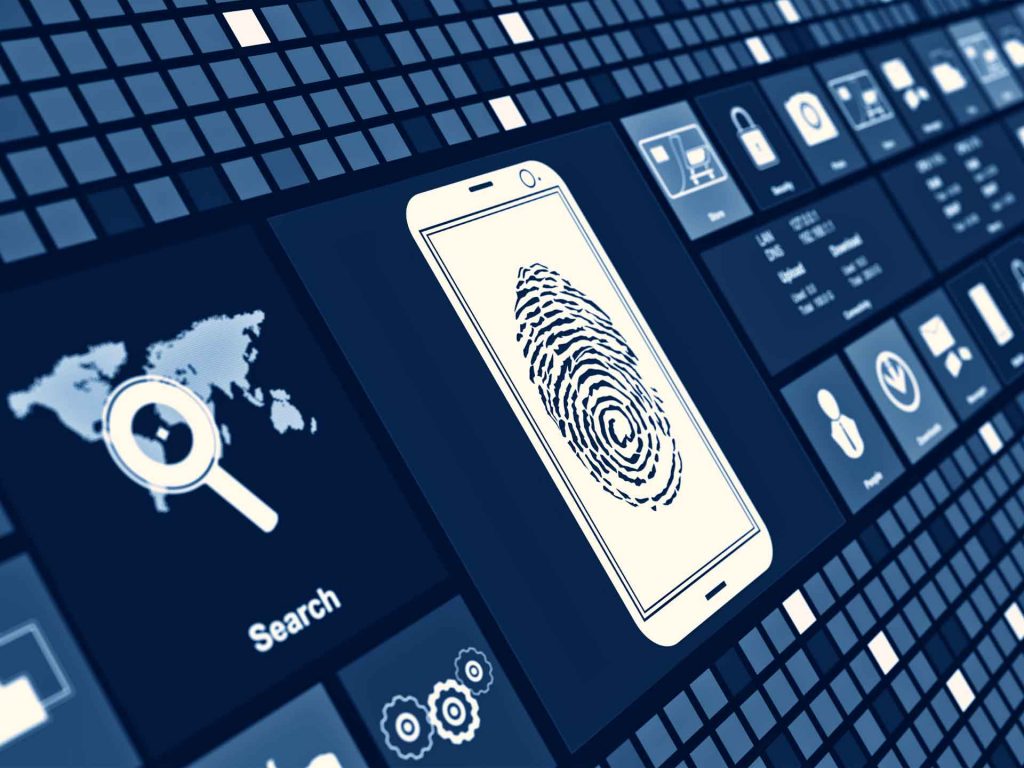 Have you experienced a DDoS attack? Or have you just heard about this new threat and want to be protected? Here, in this DDoS FAQ, we will explain to you all that you need to know about this type of cyberattack. We will also show you how to use DDoS protection to stay safe.
Are you ready to get all your DDoS questions answered? Let’s start!

What is a DDoS attack?

A DDoS attack is a cyberattack that aims to overwhelm your server and stop you from providing service to your clients. This is why it is called the Distributed-Denial-of-Service attack. We couldn’t miss this question in our DDoS FAQ, but if you want to know more about the DDoS attack, read this article.

Are there different types of DDoS attacks?

Yes, there are. You can get a more detailed answer by reading this article about DDoS attack types.

What are volumetric attacks?

A volumetric attack is a type of DDoS attack that involves sending high volumes of traffic to a targeted device, intending to overwhelm it. You can see the types of volumetric attacks in this article.

What other types of DDoS attacks, apart from volumetric, are there?

Yes. DDoS attacks are illegal, but sadly, in most cases, you won’t be able to find who the criminals are in order to bring them to justice.

Can a DDoS attack be traced back?

No. Most of the DDoS attacks can’t be traced. If you are attacked by a botnet, you will get traffic from random devices from different places. Tracing them won’t really help you.

What is a botnet?

A botnet is a network of infected devices (bots) controlled by cybercriminals. The devices get infected by viruses and malware, often through spam messages, or those devices have little to no security (IoT devices).
They can be used to create large DDoS attacks and send traffic to targeted devices and overwhelm them.

Can a DDoS attack be mapped?

Yes. If there are DDoS mitigation servers, they can detect, stop, and map DDoS attacks. Each DDoS protection provider can map attacks based only on the data they receive. There is no global DDoS attack mapping.

What is a DDoS mitigation service?

Are DDoS and ransomware the same?

No. Ransomware is a different type of cyberattack that locks your device. Read more about the ransomware attack in this article.

Can a DDoS attack steal information?

DDoS attacks don’t steal information, but they can be hiding another attack that steals information.
During a DDoS attack, you can think that it is the main problem, but criminals can log in to your server with another attack and start stealing data.

Can encryption save us from DDoS attacks?

Encryption can keep the data safe, but it will not protect you from a DDoS attack. You can still experience downtime.

What are the reasons for DDoS attacks?

• It is a profitable business for bad actors. Bad actors with large botnets are getting money for attacks.
• It is a cost-effective tool against competitors. DDoS attacks can be used for unfair competition. Taking your competitor down during a sale period can benefit the other players. Such a service can be purchased on the Dark Web (read more about it).
• A DDoS attack can be used as a smokescreen. It can have the purpose of distraction while another type of attack is taking place.
• Hacktivism. A DDoS attack can be used to attract attention for a cause like global warming, climate change, rainforest deforestation, etc.
• Politics. A party can attack another one to damage a campaign, or to silence its opponents.
• Revenge. If somebody suffered a DDoS attack and they think they know who is responsible, they can return the “gesture”.
• Just because somebody can. Yes, a cybercriminal can target you just to try his or her skills for no other reason than proving it is possible.

You can see our article about the types of hackers and why they attack here.

What are the differences between a DoS attack and a DDoS attack?

Can you DDoS a Zoom Meeting?

Yes. A DDoS attack can affect a Zoom meeting, or any other VoIP service like Microsoft Teams, Viber, Whatsapp, etc.
The attack can affect the network between you and the participant of the online meeting. This can make the call impossible.
It can also affect your router and stop your Internet connection. That will cut you off from the Internet until the attack stops.
And the last one, an Application DDoS attack can affect your computer, through a vulnerability in any of your applications. Your computer can slow down, and you can lose connection. It is possible that the DDoS attack affects only Zoom or another program and stops only that program from working.

Can a DDoS attack affect Android or iOS phones?

Yes. DDoS attacks can affect both Android and iOS. Both an Android smartphone and an iPhone can be a target of an attack. They can suffer from volumetric attacks, or application attacks and get their services denied.
There is another potential problem. A smartphone can be infected with malware and can become a part of a botnet. Later, it can be used in a botnet attack against a target.

Yes. They can be very dangerous. There are many mission-critical tasks like logistics, flight operators, special processes, or health-related operations. A lack of service can lead to very severe problems, even death.

For other businesses, such an attack can lead to downtime and lost sales. If an e-commerce site is offline, the potential clients won’t be able to connect to the web server and there won’t be any sales.

The downtime can also damage the reputation of the business. Making it look like it is not a trustworthy business and getting many bad reviews. Such damage could be really hard to fix in the future.

How are DDoS and IP connected?

A DDoS attack needs a target. The IP address is the target because it identifies devices on the Internet. An attack can be directed to a single IP address or an IP address range (a whole network).

Will a VPN stop a DDoS attack?

Yes. A VPN can protect your device from DDoS attacks, but not always. A VPN creates a tunnel between your device and the VPN provider (check out Neterra Remote VPN service), so your actual IP address won’t be visible to the public. If the DDoS attackers don’t know your IP address, then they can’t target you.
But there are times when the VPN won’t save you. If the attackers know your IP address already, they can target you.
The bad actors can also target the VPN provider, and if that provider doesn’t have DDoS protection, or it is not good enough, the service will be down.

Why are DDoS attacks hard to stop?

Yes. DDoS attacks are very common. There were 6 019 888 global DDoS attacks during the first half of 2022 (according to Security Boulevard). Others estimate the number to be even higher.
WAF vs DDoS
WAF is a Web Application Firewall that can keep your application from many dangers. It can stop malicious traffic and keep you safe from DDoS attacks from Layer 7. It is not full DDoS Protection, but it can guard you against some of the DDoS threats.

What are the most famous DDoS attacks?

If you are interested in the most famous DDoS attacks from past years, you can see our article here.

How can you protect yourself from DDoS attacks?

The easiest way to be safe from DDoS attacks is by using a DDoS Protection service. This is the most useful tip from our DDoS FAQ.

Check out our Neterra DDoS Protection and see how our cloud platform can keep you safe and successfully mitigate DDoS attacks from Layer 3 to Layer 7. DDoS Protection can resist attacks that are stronger than 2 Tbps!

The DDoS Protection service will analyze the traffic to your servers looking for abnormalities. If anything out of the ordinary is spotted, the filtering and redirecting mechanisms will start to work and will keep your servers safe from malicious traffic.

Will the use of DDoS Protection slow down the traffic?

No. DDoS Protection does not slow down the traffic. The speed will be normal.

How long does a DDoS attack last?

A DDoS attack lasts the time the contractor paid for it to last. It could typically be from a few hours to a few days. The more common DDoS attacks last less than 24 hours.
In some cases, usually, in less than 5% of all attacks, a DDoS attack can last even months. If somebody is under a long-lasting attack, getting DDoS Protection can stop it, and the target can function normally again.

Where can you order a DDoS attack?

There are multiple sources to order DDoS attacks like DDoS attack dedicated companies for testing purposes, ordering DDoS attacks from the Dark Web (read more about it), or organizing it yourself.
IMPORTANT NOTE! Only hiring official DDoS experts to test your network is legal. Any other way to order a DDoS attack to strike your network or another is a crime! Don’t do it!

Can a DDoS attack “fry” a router?

A DDoS attack can saturate your router with traffic and affect its productivity. The router can start to heat up and can either turn off automatically, or it can really burn out and stop functioning. It depends a lot on your particular router, the strength of the attack, and the duration, but it is possible that a DDoS attack can “fry” a router.
It is a strange question, but many of you asked us. It is possible, but it is highly unlikely.

DDoS is a serious threat that you should take seriously. It can cause long downtimes and a lot of trouble for your company and your clients. Now, after this DDoS FAQ, we hope we answered all your questions. If you want to be protected and put the DDoS problems in the past, go ahead and check our cloud DDoS Protection. Stay safe!