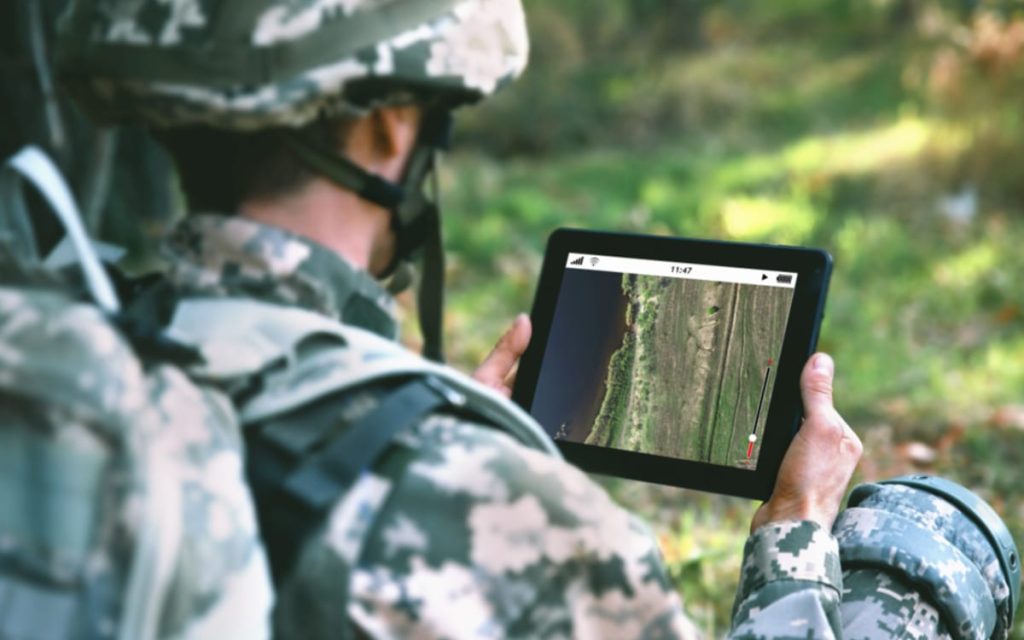 We’ve talked a lot about how the cloud is changing our lives in pretty much every aspect. This includes one niche that is rarely talked about but has jumped to the forefront over the past a couple of months – the military. It also can benefit a lot from the cloud, and it is already happening thus opening an entirely new world of possibilities (and risks) in the military segment.

Even if the military uses the cloud as-is it will still benefit a lot from it. The increased data processing capabilities will allow for greater and better data analytics and strategy planning. The faster communication speeds allow for precise real-time analytics and control. And yes, the cloud also improves the overall security, makes it easier to manage and helps with sustainability goals, too. Let’s check out how the cloud changes and improves the military.

Enterprise cloud in the military

Let’s start easy. The US Defense Department (DOD) announced in 2021 that it wants to create a so-called Joint Enterprise Defense Infrastructure (JEDI) along with a Join Warfighting Cloud Capability (JWCC). The goal is to create hyperscale cloud to support the military needs. The JEDI program was met with big interest from IT giants, especially Microsoft and Amazon Web Services. Both were poised to make big projects, but due to severe backlash from their own employees, the talks fell apart. Eventually JEDI was cancelled, but JWCC remains.

“The JWCC will serve that purpose and be a bridge to our longer-term approach, allowing us to leverage cloud technology from headquarters to the tactical edge, which will bolster our knowledge even further as we move to a full and open competition,” said DOD Acting Chief Information Officer John Sherman at the time. “We’re excited about the opportunities that JWCC will provide and are … ready to enable JADC2, ADA and all the other functions that rely on this critical capability.”

The DOD aims that by 2025 it will have a “full and open, competitively awarded multi-vendor contract providing cloud capability”. This means and entire platform built to facilitate all cloud needs of the military. The JWCC will address the urgent needs while the major project happens. The JWCC will support joint all domain command and control (JADC2), the DOD artificial intelligence and data acceleration initiative and others. Yes, AI is already in the military and thus the cloud is very important to facilitate that, too.

The defense agency of the future

All these projects and technologies are just the foundation. Defense agencies and institutions have long been working on various projects. Now the cloud allows them to finally materialize those ideas. The cloud allows them to be even more competitive and agile. Sounds familiar, right? It’s the exact same wording we use when we talk about the cloud benefits for businesses. The difference here is simply the data being used and some of the approaches. The core value proposition of the cloud towards the military is the same. And it doesn’t need to be different as this is exactly what the military needs. As mentioned, the US DOD already has a lot of initiatives in this area. The UK Ministry of Defense has also adopted a “cloud-first approach” and it even has its own app for employees. In Israel, the army is also using the cloud for server duties.

All these initiatives are simply scratching the surface of what’s possible. The military is basically just “dipping its toes” into the cloud world to get to know the technology and see its benefits. Of course, the cloud transition can’t happen as fast as it is in the business world;  the military has more specific requirements and while being faster than the competition is important, it doesn’t have a  ‘no matter the price’ mentality.

Thus, it takes its time to make sure every detail is thoroughly checked. And there are several main reasons why the military is starting to love the cloud:

Direct benefits for the military

Some of those innovations are already happening, at least for the military. For example, in 2021 the Army Software Factory opened doors in Austin, Texas. It uses cloud computing to speed up software development and it makes software specifically for military use. This includes everything from optimizing warehouse operations to improving battlefield actions.

“With the cloud, you can dynamically spin up more instances or compute power as needed. A lot of the toil you would have in managing an on-prem solution for this is abstracted away, and it reduces the amount of work we have to do scale these applications for deployment across the Army” – says Capt. James Cho to C4ISRNet. He also adds that cloud-based development eases the burden on the development team which can then focus on more important tasks for the soldiers.

All the military branches are interested in the cloud benefits. “When you combine the elasticity of the cloud with the rapid feedback loop of DevSecOps, you get real return on investment. Instead of waiting years and months to test the software and cyber-scan the software, we do that multiple times a day, so that security and the reliability are built in”- says Air Force Chief Software Officer Nicolas M. Chaillan.

And yes, the military also must deal with some business-like challenges. Like avoiding vendor lock-in. This is why it’s going for a multi-vendor hybrid approach from the very start. It has no other choice as a lot of the data and projects will be classified and thus only specific people with the proper clearance will be able to interact with certain aspects of the military cloud.

As we can see, the military is loving the cloud more and more. One of the latest initiatives is to “deliver cloud innovation to the tactical edge”. This year a lot of tests are starting to integrate cloud capabilities in the military workload. This includes the OCONUS cloud pilot.

“We have an aggressive path forward this year to start to look at shutting down our data centers. But we know we’re going to need certain capacity on-premise to be able to handle certain workloads. But we do want to be able to integrate this into a hybrid cloud architecture. That’s the journey we’re on in terms of integrating that in between the commercial cloud and the on-premise infrastructure that we have. But more importantly, what we did last year and what we’re going to do even more this year is to operationalize the capacity that we have,” says Raj Iyer, the Army’s chief information officer to the Federal News Network.

The strategy includes setting up a Desktop-as-a-Service model so that personnel can access the network via the cloud and remove the need for a VPN. This way army users will be able to connect via any device and everywhere. Of course, within certain limits. Iyer says that for now some specifics like the download of files wasn’t allowed and it proved to be a pain for users during the COVID remote working days. This is going to change, and the entire thinking and approach is also changing.

As we can expect, there are some specific areas which shape up as proper cloud defense trends. We have already talked about some of them – flexibility, security, mobility and so on.

Among them we see also edge computing. It has potential to be a great solution for tactical situations. Combat edge cloud computing can bring much needed data processing capabilities and help all types of military units to achieve their goals.

The cloud can also bring standardization to the military. Interoperability and upgrades can become much, much easier when everyone involved are following the same procedures and standards. Would that make the military too predictable and easy to attack? Not really as the standards will all follow the highest requirements. If anything, it will make it even more difficult to breach a more unified environment.

Another classic cloud trend which is also beneficial to the military is virtualization. Thanks to it the military can improve its software development (as already mentioned), but it can also increase security by separating platforms and older code which it still needs to use. It’s also an easy way to adapt and scale in accordance with every situation.

As we can expect, all of this also means massive money going around. Just the now cancelled JEDI contract was worth $10 billion. The Pentagon wants enterprise-scale cloud capability, and it is prepared to pay handsomely for it. The JWCC is also expected to net $9 billion just by the end of this year and more over the total 5 years of the project. Of course, a lot of the investments are private, and the exact sums will be difficult to know. The takeaway is that the military is now embracing the cloud and quickly finding out how to take full advantage of it. This will open up a lot of new business and innovation opportunities for a wide range of businesses in various sectors. Hopefully it will all be for good, and we get to enjoy the positive side of these developments.