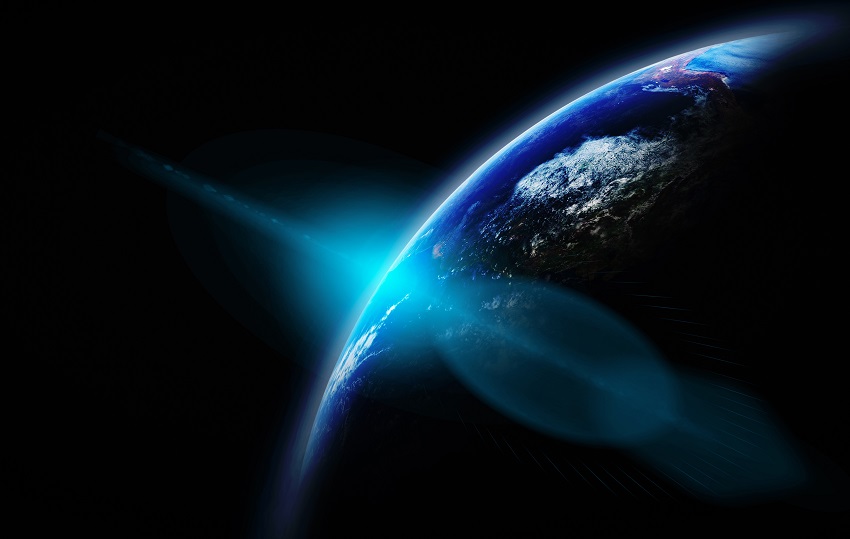 We all love the Internet and it has become the foundation of many businesses worldwide. The Web is part of the everyday life of billions of people and many of them rely on it for their work, communication, entertainment and even health. We are used to having access to the internet at all times and only think about how it works when something goes wrong.

The start of the pandemic last year was a major test for the Internet. Thanks to the Web, millions of people could continue their jobs remotely and Internet saved an incredible amount of jobs and businesses. Thus the economic impact of the pandemic, while still very severe, was not as bad as it would have been if the Internet collapsed when it got that sudden rise of usage during the lockdowns. Mind you, it was a bit choppy at first, but the Internet Service Providers (ISPs) managed to react quickly and apart from a few localized slowdowns here and there, there weren’t any major disruptions to the internet service.

The components of Internet infrastructure

Today the Internet is built with a variety of components, which are often unsung heroes. Let us explore how the Internet works and start the journey from a regular user laptop. In most cases, the internet connection to the laptop is via Wi-Fi. For that, we also need a router. That router most often gets the internet connection via a cable (fiber or a standard wired LAN cable). It is also possible that the router uses a mobile connection, often 4G LTE or now 5G.

Up until now, components that the users get to interact with those “frontend”. Now we enter the ISP area. They can use a variety of additional equipment to get the internet connection to the users and ensure maximum speed, low latency and a stable connection during long periods of times. It all depends on the type of service. For mobile connections, we have base stations (aka mobile cells). For fixed connections, there are more the so-called switches, which reroutes traffic accordingly. These switches can be dedicated devices or more routers and even servers.

Often networks also use firewalls. These are not just software, but can be dedicated hardware devices, which govern and secure the traffic in and out of the network. This can include rules for accessible ports, blocking or allowing connections based on certain rules like origin, type, volume, etc. With so many options, firewalls are one of the most complex components of a network. That is because ISPs have to find and maintain a balance between optimal security and maximum traffic freedom for the users. In addition, constantly stay on top of incoming attacks and the constantly changing and evolving capabilities of hackers. This is why network security is a completely separate topic, which requires additional equipment, software and trained professionals.

The next component is the network server. This can also be a variety of different devices. It can be a beefy computer or a dedicated server configuration. This can depend a lot on the role of the network server. There is a plethora of network servers. Some of them are slowly becoming quite rare, like the print server, which allows the devices on the same network to use a network printer. There are also application servers for running network apps, database servers for storing and processing databases, file servers for other data and a lot more. Web servers are the most popular as they are what most users connect to when browsing the web.

Getting to the server

The beauty of the Internet is that you can add a server or a client device anywhere. It is a lot like electricity – you do not need a special location or conditions to add another device. Simply connect any compatible device to the grid and it can use electricity. It is similar with the Web. If you have a connection (it does not matter if it is wireless or wired), you can add any type of network device to it to use the Internet. Unlike electricity, you have to keep in mind that the connection is not limited (in most cases). Therefore, while you can indeed add multiple devices via one connection point, if the bandwidth is not enough to accommodate all of them, your service will suffer. The solution, though, is easy – pay for higher bandwidth or limit the usage of some of the devices.

So, back to the servers. While you can add a server to the internet via any access point, in most cases, companies opt for a special facility. This can be private, at their own premises, often called a server room. Bigger companies can even invest in building a private data center – a big facility that houses a lot of servers and all of the additional equipment needed to run them safely. This includes cooling, power, additional security and so on.

Building and maintaining a data center or even a server room is a complex and an expensive task. This is why many companies opt for renting space in ready-made data centers (the so-called collocated service) or they rent ready-made servers (the dedicated server approach). Another option is to rent shared servers, which is the go-to choice for many and is the basic cloud service out there. Then they connect to the server remotely and have access to it from anywhere as long as there is an internet connection available.

Helping the ISPs out

While it all sounds quite simple so far, there is a lot more to go, too. It is difficult to calculate exactly, but the Internet is probably more than 40 zetabytes (one zettabyte is a trillion gigabytes). It is also estimated that there are about 1.9 billion websites and while the majority of them are not active, that is still a lot of potential traffic points.

Then we have the internet users. Statista estimates that as of January 2021 there are 4.66 billion active internet users worldwide. Estimates are that there are more than 10 billion connected devices, too. Moreover, if the Internet of things (IoT) projections hold up, we can end up with hundreds of billions of connected devices, sensors, cars and everything else you can think of. Yes, if you think that the Internet is widespread today, just wait another 10 or so years. It is just getting started.

Managing all of those connections is quite the task and it is the job of ISPs to handle. They do so quite well, but they rely on many help. There is a whole world of additional support structures that help ISPs manage that traffic. Some of the most well known are DNS servers and CDNs (content delivery networks). However, those help only for getting the users pointed in the right direction and to the right content.

All of this also has to happen really fast. This is where Internet exchange points (IXP) come in. This is a hub where different networks “meet” and have a common connection to. It allows the networks (from different ISPs for example) to have a shorter and faster route to and from each other. This way they can communicate almost directly and in turn get faster speeds, lower latency and improve efficiency.

Without IXPs, the networks can still communicate, but the data would have to go through additional networks to find a route. This will bring higher load to the overall infrastructure and it will result in higher latency and lower quality of the service. In addition, it can be more expensive as other networks may require payment to reroute the traffic. As a result, IXPs have a tremendous importance.

Thanks to IXPs, costs for internet services remain lower. The Internet Society notes that IXPs are especially important for developing regions. For example, in Africa many people rely on internet connections for remote work. Thanks to IXPs, these people can have access to a faster and more reliable connection without higher costs, which can be a deal-breaker for them as wages are very low in the region.

What the future holds

Then there are also the submarine cables and satellite infrastructures. Thanks to them, the entire planet has access to the internet (although the same is still lacking in certain regions).

All of this highlights the majority of the internet infrastructure, but there is even more stuff to note. For example, all of the software needed to govern and manage the complex hardware. Moreover, of course, the people working on all of this. Network specialists are a hot commodity these days and it is obvious why. The internet is already extremely important to the global economy and its role is only going to get major.

This will require the creation and implementation of new technologies, too. Companies are already working on new tech for the networks of the future. Some of the stuff is quite advanced and it involves laser and quantum networks. They should have the abilities not only to transfer a significantly larger amount of data, but will have to be able to do so at speeds that are almost unimaginable today. Oh, and in the case of the quantum networks, they are also expected to be virtually impossible to hack. There is still a lot more work to do before any of this becomes realistic on a major scale, but the future is for sure very bright and very exciting.

The Internet topic is exciting for you? Check out the following article: