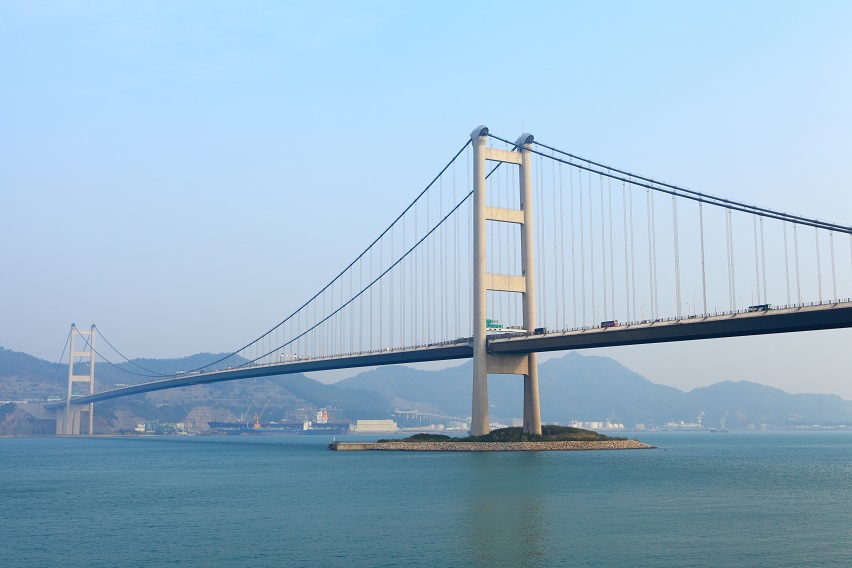 We have become very reliant on wireless technologies for our communication needs. In fact, more than half of the entire internet traffic now is generated via mobile devices. You are probably reading this article on a cell phone. Do you want to know a little secret? Mobile networks and pretty much all other means of internet connections rely on cables. In fact, the majority of communications around the world are not handled by satellites, but by massive cables that are connecting various points around the world.

Moreover, they are not just on land. In fact, most of the major global communication rely on a huge, complicated network of submarine cables, often called subsea cables for ease of use. There are tens of thousands of kilometers of subsea cables, which are on the ocean floor worldwide. In addition, yes, many of them do indeed span the entire Pacific and Atlantic oceans. Some of them even go the long way from the US to Australia. Several are over 10 000 km long.

As you can imagine, building, installing and maintaining such an infrastructure is both expensive and difficult. It has become a whole industry and many of the world’s top IT giants are among the driving forces behind the installation of subsea cables. That is not a surprise, since they rely on quality and high speed connections to provide their services to enterprises and end users. So, let us explore what are submarine cables and learn more about them.

Subsea cables are not anything new. They date back to the 1850s when they were used for relaying telegraph signals. The first transatlantic telegraph cable became operational on 16 August 1858. Next, such cables carried telephone signals and then… data. Today they carry all types of data, including internet traffic, but not limited to it only.

The first underwater cables were made even earlier and were used to connect the UK islands to Europe. When the first transatlantic cable was done, the sending of the first message from Queen Victoria to President James Buchanan marked the event. It took 16 hours to transfer and it was to then president James Buchanan. What is more, the cable deteriorated in less than a month because of the salt water and harsh conditions.  Nevertheless, it showed the promise of submarine cables and it pushed the creation of several companies, which developed and improved the technology.

What are they made of

Modern subsea cables use fiber optics to transfer the data fast and reliably. One such cable can feature hundreds of fibers to ensure enough bandwidth to handle a massive and constant wave of data. Of course, that is not all that a submarine cable has. In order to be well protected from the salt water and various other elements and risks, the fibers are then wrapped in several layers of aluminum, steep, polycarbonate and several other materials. This ensures protection from the elements, salt, possible interferences and so on.

Today subsea cables are a lot more complex. A typical submarine cable can weigh around 1.4 tons per kilometer on average. The weight can be even bigger for the shallow-water sections and the shores. There extra protections are added to prevent possible cable damage from wildlife, anchors and fishing and as a result, the cables are wider and heavier. The average cable is about the size of a garden hose at the deep-water sections.

Now subsea cables are connecting all of the world’s continents except Antarctica. They also connect most of the habitable islands, including many of the major Pacific island nations. Yes, even there the internet connection is via cable while the satellites are for additional bandwidth and support.

How are they installed and maintained

It may seem that all you have to do is simply get a ship, some weights and dump the cable in the water. Ah, but wait. There is more. In reality a lot, more goes into the installation and maintenance of subsea cables.

First, you need a special ship. It has to have the needed equipment and capabilities. These can vary greatly depending on the location and conditions. For example, there are different techniques used for shoreline cables, shallow waters, hard bottom areas, Deep Ocean and so on.

In most cases, the ship pulls an underwater plough on the sea floor and creates a groove where the cable will be placed. Next, a second device feeds the cable to the groove and then buries it. All of the power lines, towing line and cable come from the ship. Therefore, there is a risk of wildlife being caught in the lines as the installations happens. Luckily, that risk is generally low. Prior to 1966 there were 16 documented instances of whales being entangled in submarine telegraph cables. There are also several occasions where sharks have bitten the cables, but today, as the cables are buried, there is a very low risk of such incidents.

This is why the process of burying the cables is very important. To verify that it has been done properly, a camera and a magnetometer check to see that the process of cable feeding, placement and burying is going as planned. The process is designed in a way to be with minimal impact on the environment. Sometimes it can be carried as a separate process from the digging and placement.

Could you repeat this, please?

There’s also some additional equipment added to the cable. Every 60 km or so a repeater is added to boost the signal. Without it, the signal will lose strength and it will not reach its destination. Repeaters are a complex device used for optical signal amplification. Most often, one repeater is used for each pair of fibers. Optical amplifiers are preferred, as there is no need for electronic processing at the repeater. This allows for a simplified and more reliable operation of the repeater.

Each repeater needs power. Most often, this arrives via the actual cable. The landing stations provide the power and run it on the conductive parts of the cable layers. Another option is via additional wires in the same cable. Either way, this is how the power gets to the repeaters and allows them to function properly.

As mentioned, the power comes from the landing stations. Those are the end points of the cable, which can be only to on each end, or several. It is common that shoreline cables have several connection points. Which station will provide the electricity can be selected and changed as needed. Sometimes various combinations are done to provide sufficient power for the entire cable.

Overall, modern submarine cables are built to last an average of 25 years each. Of course, this time can be very different depending on the location, conditions, incidents and natural disasters.

When an incident happens, a very long and complex process begins. First, it can take multiple days just to travel to the location of the malfunction or even locate it. It involves advanced underwater technologies and devices to scan and locate the problem. The ship then travels to the place and starts the repair. Sometimes it can be done relatively easy, but it is also possible to have to grapple the cable from the sea floor, pull it up to the ship and replace the damaged section. Then it has to be placed back down and buried.  As you can see, the cable is not operating during this very long and expensive process. This is why multiple cables are needed to ensure that global communications can continue uninterrupted.

Often in the specialized news, you will read about Google, Facebook and other IT giants “building subsea cables’. Well, most often than not, they are funding the process, but it is carried by specialized companies. With that said the IT giants and many telecoms, work on improving the submarine cable technologies. Moreover, very often they work together on these projects as they all benefit from them.

This is the case with the Echo cable, which also features Facebook and Google as investors. Both companies operate data centers around the globe and invest heavily in infrastructure. The Echo cable and the Bitfrost cable, both of which are under planning right now, can increase the transpacific capacity by 70%. Both should start from Singapore and Indonesia and reach the US.

TeleGeopraphy says that Google has an ownership stake in at least 16 current on planned submarine cables around the world. It is also the sole owner of 5 of these cables. Facebook does not fully own cables, but it has a partial (often-leading) ownership of 13 such routes. Amazon and Microsoft are also involved in similar projects, they own two or three cables, respectively, and have bought the main available capacity in several others.

This is a shift from the past where telecom companies used to own the cables. With the rise of the Internet age and the Big Tech group, things started to change. Over the past 10 years or so, Big Tech started to build cables with their own projects. They just could not wait.

In addition, there is another issue. Many of the original undersea cables are reaching retirement age. Therefore, they will have to be replaced. That process is already underway and it has one big change. The old cables were owned by telcos, but IT giants most often fund their replacements.

Moreover, the technology is progressing, too. NEC is already working on a system with 24 fibers per cable. Currently there are 16 fibers per cable. In addition, there are can be several cables in one bundle. So, the more fibers, the higher the capacity. As the data generation and consumption is only going to rise faster, the need for such cables will always be very high. It is a business, which has longevity, but the complex nature of it, the enormous costs and the low returns make it a tough challenge for almost everyone.

Check out the previous article of the same author: