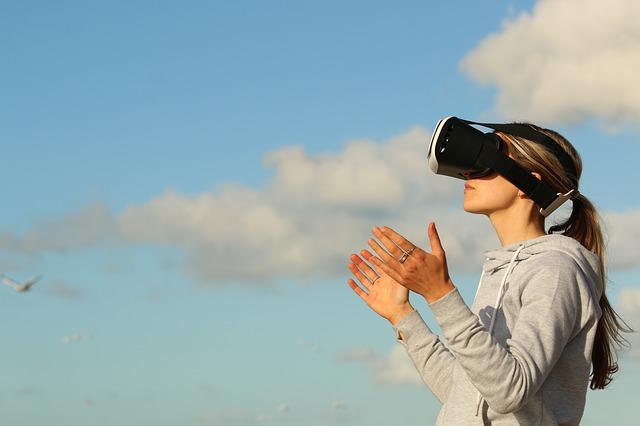 Cloud gaming has been a hot topic for a while now. If it all had gone to plan, right now there should have been several big services and they would have been all the rage. Instead, there are a handful of services with relatively limited usage. But that doesn’t mean the idea is done. Quite the opposite, as several big names are working hard on their cloud gaming projects.

Cloud gaming is one of the best ways to showcase the overall power of cloud computing technology in general. It needs to utilize every aspect of the cloud – storage, processing power, bandwidth, and overall infrastructure. Cloud gaming is incredibly demanding on the technology front, and this drives progress. Big names like Google, Microsoft, Nvidia, Meta and others are all working on their own ideas to create technologies which benefit the entire cloud segment.

The concept of cloud gaming and why it didn’t succeed

The idea of cloud gaming is fantastic on paper. Historically, playing video games required serious hardware in order to be able to enjoy all of the latest graphics and effects. As a result, PC gaming became a very expensive hobby, and annoyingly, you could only play games on one device. While gaming laptops have become much better over the years, they still can’t offer the graphics quality of a dedicated gaming desktop.

On the other hand, modern gamers are quite mobile and would like to be able to enjoy their games everywhere. Also, a lot of games simply don’t have the money needed to afford the expensive gaming systems, thus there are effectively priced out of the segment. Playing glitchy, unstable games at low frames per second isn’t all that enjoyable, but it is the life of the majority of PC gamers. But what if it wasn’t? What if we could play any game on any device we want regardless of its own hardware? Imagine playing the latest AAA title (the gaming equivalent of a high-budget Hollywood blockbuster movie) on a 5-year-old midrange laptop? Or even on your phone?

This is where cloud gaming comes in. The concept is very simple; the games run in the cloud and are simply streamed to the user, so it doesn’t matter what hardware the device has – all that’s needed is a display, input device, and a decent internet connection. The rest is handled entirely by the cloud and allows users to stream their favorite games to any device anywhere at any time. And they can even seamlessly continue their game from the same point while changing devices. It’s great. In theory.

In practice, though, it turned out a little bit different. Having a good internet connection is not as simple as just being able to achieve decent Mbps. It also requires stability and low latency. And a lot of users still have relatively old and improperly configured routers. As such, they can be “greeted” by a message from their cloud gaming service stating that they should use a 5GHz Wi-Fi, instead of 2.4GHz or other potential issues. Modern mobile networks like 5G could help solve this issue as is the (slow) migration of users to newer Wi-Fi equipment.

Another issue for cloud gaming being slow to take off had nothing to do with the actual technology. It was all about the available games. Most people hoped that cloud gaming would be a lot like Netflix – you subscribe to a service and get access to a huge catalogue of games to play. In reality, the initial selection was quite limited, and then big game publishers also pulled out from some of the services further limiting their selection. Some services on the other hand allowed people to simply install the games they own and that’s it. And even then, there were “traps”, as some games weren’t allowed.

The initial cloud gaming services flopped with their marketing, too. All of them were proclaimed as the next big thing but then suffered delay after delay. Some were eventually scaled back, and the initial performance wasn’t all that great even on perfect internet connections. There were lag spikes and picture quality drops at random times which can be a detriment to the gameplay of many games. As such, scepticism around cloud gaming grew a lot.

Remote streaming as an alternative

The concept of playing games on any device though is still solid which is why another alternative has been gaining attention recently: remote streaming. Technically it’s almost the same thing but scaled down quite a bit. One idea is to simply pay to rent a gaming PC, often a virtual one (like in Nvidia’s GeForce Now) and you basically get remote desktop access to it, and you can play the games you own on it.

Another alternative is to simply use your own gaming PC for the same purpose. All you need is a decent home internet to be able to stream games from it. All of this though is easier said than done. Remote streaming via a home PC can be a bit of a challenge and could require additional software configuration and also comes with additional costs for electricity and so on. Often, it’s much easier to go for a commercial service which could also be cheaper in the long run, but the problem remains that most services are still limited, but things are about to change.

Meta is known for its social media platforms used by billions of users. The company is also big on Virtual Reality (VR) and renamed itself from Facebook to Meta to signify its future – to build the metaverse. This would be a huge virtual world and it will use cloud infrastructure to function. And what’s helping shape and develop the cloud? You guessed it, cloud gaming!

Meta launched its cloud gaming platform in 2020 with the idea to allow access to Android and Windows games across web browsers. “But gaming itself is also evolving. From new 3D experiences like AR (Augmented Reality) and VR to what will eventually become the metaverse, people all over the world want to play increasingly immersive games as seamlessly and easily as possible. While it will take a massive effort across the industry to bring the metaverse to fruition, we believe creating the infrastructure and solving the challenges of cloud gaming are pointing us toward solutions for the metaverse as well,” says Meta.

The company is segmenting its efforts. For example, to ensure low latency Meta is opting for edge computing in metropolitan areas. “Our goal within each edge computing site is to have a unified hosting environment to make sure we can run as many games as possible as smoothly as possible. Today’s games are designed for GPUs, so we partnered with NVIDIA to build a hosting environment on top of NVIDIA Ampere architecture-based GPUs. As games continue to become more graphically intensive and complex, GPUs will provide us with the high fidelity and low latency we need for loading, running, and streaming games.”

Meta has developed a WebRTC with Secure Real-Time Transport Protocol (SRTP) technology for streaming user inputs and frames. Now the platform uses GPU encoding for frames and this is more efficient. “On the networking side, having edge computing sites close to the player also helps reduce video and audio latency — even more significantly than the savings from moving the entire streaming pipeline to GPUs,” Meta adds.

Microsoft has been one of the most active companies in the world of cloud gaming. The company also changed its Xbox Cloud Gaming service quite a bit. It seems though that now it’s starting to slowly scale it up.

The latest generation of the service is slowly expanding to new countries and it’s slowly solving the drawbacks of the service. For starters, it’s adding more nearby servers, so that players don’t have to stream from distant data centers. It’s also starting partnerships with other companies to expand its gaming library and make it accessible via smart TVs. And later this year, it will also allow gamers to add their existing games to the platform, albeit “select titles” which probably means that they have to already be supported. This comes two years later than was expected which shows how difficult the development of cloud gaming is.

As it stands, cloud gaming still has a lot of potentials to live up to. Unlike other technologies like 3D TVs for example, it will stick around. But it will be a long, slow journey, a lot like the one of VR. This was also poised to be the next big thing, yet it keeps getting delayed year after year. But in all cases, the cloud is not the one to blame for the delays. It’s ready to bring the service to the users. On neterra.cloud, for example, with just a few clicks, anyone can launch a high-performance cloud server in seconds. There are also discounts for loyal customers.