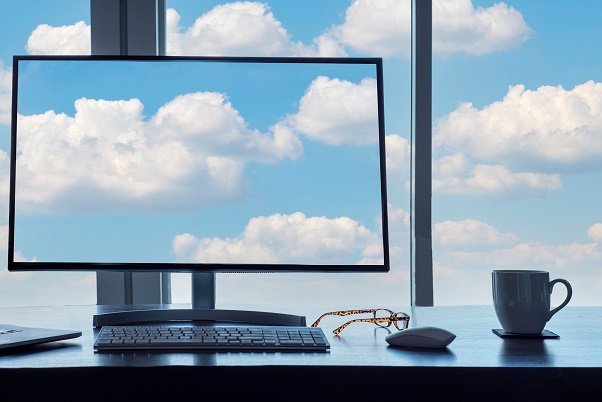 The Internet is preparing for a new set of massive changes. It’s on the cusp of a new era, known as Web3. The term has been around for a while and is coined by Gavin Wood – one of Ethereum’s co-founders. It started with a very specific description, but over the years expanded to cover the entire new generation of Internet developments and services that are coming.

Recently the Web3 talk intensified and the topic became among the hottest in the IT world. Web3 promises (or at least aims) to fix all of the Web 2.0 issues – especially the fact that the current generation of the Web is basically controlled by big corporations thanks to their vast fortunes, resources and influence. Yet, the current Web is far from ideal and in need of big changes.

Changes that will have an effect on every single aspect of the Internet and its infrastructure, including the cloud. Some of those changes are needed while others could be forced by different “interests”. This is a very extensive topic which is bound to cause a lot of discussions. So, let’s start by covering all of the basics.

As mentioned, the term Web3 was created by Gavin Wood. He first mentioned it back in 2014. For him, Web3 is/will be the version of the Internet where decentralized technologies and services will rule. This includes blockchain tech, cryptocurrencies, artificial intelligence, IoT, etc. All of this will be based on public information and will put transparency at the forefront.

“Maybe [companies] tell the truth because they’re scared that their reputation will take a big hit if they don’t. But then, as we saw with some of the Snowden revelations, sometimes companies don’t get an opportunity, to tell the truth,” Wood told Wired in a 2021 interview. “Sometimes, security services can just install a box in their back office, and they’re told, ‘You don’t need to look at this box, you’re not allowed to say or do anything about this box, you just have to sit quietly.’”

A year later though things are even more confusing. We now have a lot more technologies which claim to either be part of Web3 or to be the foundation of it as a whole. Among them are also NFTs and the various metaverse projects. If Wood envisioned Web3 as a network based on blockchain and crypto assets, the term got expanded to a much more broad definition where the Internet will go back to its origin – to be fully independent, “owned” by the people and free of corporate and government influence.

This is a very ambitious expectation, to say the least. It will require a lot of changes and cooperation from so many participants. Big Tech for example will have to reimagine its entire business model and rely on ICOs instead of IPOs. Payments will go towards a blockchain model with open-source protocols. In fact, (almost) everything will have to go towards open-source software, data and infrastructure to be considered “true” Web3.

Such massive decentralization of the entire current internet will require massive effort (and resources). This will take time and it will for sure be met with a lot of resistance from various sources. There’s also the question of how exactly will Big Tech accept the change. Currently, IT giants seem very welcoming toward the idea of Web3 and are already working on various projects for it. One thought could say they are working on ways to figure out how to keep their positions and revenues up when the changes begin.

That’s not necessarily a bad thing. In fact, it’s quite normal for a business to want to secure its future. The question is how it will go about doing that. One concern is that big names can take advantage of their current positions and basically draw in and lock in users into their current platforms with additional incentives. For example, a social media platform could offer NFTs and other crypto-assets as a way to keep users in and offer them a way to issue payments and other features. On paper, this is all fine, but in reality, it could also lead to some harmful practices and could further stifle competition as users will have much less reason to look for other services when they have everything they “think” they need in one platform.

“On a compute basis, blockchain networks don’t scale except by becoming the very same plutocratic and centralized systems they allegedly were designed to replace,” programmer Stephen Diehl argued in December to CNET. “Blockchain solutions are vastly more expensive to maintain than centralized solutions, and centralization always wins purely from its ability to physically serve data over a network to customers more efficiently.”

Twitter’s co-founder Jack Dorsey also isn’t all too keen on Web3, famously tweeting: “It’s ultimately a centralized entity with a different label. Know what you’re getting into.” And Elon Musk, who usually loves “alternative” projects, also tweeted that for him Web3 “seems more marketing buzzword than reality right now – just wondering what the future will be like in 10, 20 or 30 years. 2051 sounds crazy futuristic!”

Web3 is currently in a weird place. A lot of the underlying tech is already in place – there are the blockchain projects, various crypto assets, open-source software and so much more. Yet, they are all still way “too new” or “too niche” to be ready for mainstream-level attention and scale. A lot of the blockchain infrastructure has to be reworked to be more efficient and to handle massive amounts of data and serious loads better.

Then there’s the infrastructure. If we want a proper working Web3, we also need an underlying structure which is tuned for it. Hence Web3 needs Cloud3. This is also somewhat of a blanket term used to mostly draw attention to the changes needed.

“We’re in a new world. This is a huge opportunity to create and extend and complement our platform. We realized for each and every one of our clouds, it was time to transform to become a work-from-anywhere environment. We ultimately are focused on delivering the operating system for Cloud3”, Salesforce’s CEO Mark Bennioff said in a company press release earlier this year.

So, what is Cloud3? The short answer is: It will support Web3. The long answer is… well, long.

Cloud3 will be the evolution of the cloud as a whole. We already have a lot of cloud-based services and niches like SaaS, IaaS, PaaS and so much more. As Web3 develops and expands, it will create even more demand for these features, but they will have to change and adapt to the new requirements. Some entirely new features will most likely also be needed. “Cloud3 will empower businesses to leverage cloud-based experience platforms as a toolkit to seamlessly compose personalized communication experiences,” said Steve Forcum Cloud3 expert and director and chief evangelist for marketing at Avaya to VentureBeat.

Web3 could change the cloud

As mentioned, Web3 will bring changes to everything. This disruption will also affect the cloud and could bring an entirely new Web3 Cloud Computing Model. The current cloud infrastructure can’t keep up with Web3 and will have to change, says Cryptoknowmics.

So changes like a trusted execution environment, privacy technologies, scalable cloud models and other changes will become a norm for the cloud. Other changes will improve latency, the use of smart contracts, possibly new protocols.

The Web3 cloud computing model will also create the possibility for new ways to access data. For example moving away from traditional keyword searches and into comprehending intent, language, context, and nuanced interpretations. The new cloud infrastructure will allow for faster and better data processing. Of course, one could argue that Web3 has nothing to do with that and it’s all based on AI and machine learning which are happening right now anyway. On the other hand, there’s a lot more room for improvement for these technologies and Web3 and Cloud3 are the ones to help achieve it.

One of the changes for the cloud, that Web3 could bring, is the Chip-to-Cloud architecture. This would be geared towards IoT devices which are also going to play a major role in Web3. IoT has one big weakness – the security of the devices. Most of them lack even basic security features. Some of them don’t even have the needed computing power to handle such features.

So, what can we do? How about moving those features to the cloud and giving IoT devices much better overall security like if they had a dedicated chipset? Thanks to the Web3 technologies like crypto and blockchain it will be possible to create an extra layer of security and make it far more difficult for hackers to spoof or access these networks. Chip-to-Cloud also will improve data processing at the edge, IoTforAll notes. And since Chip-to-Cloud is always connected, it will be much easier to update and improve its security on a continuous basis.

Proponents of Chip-to-Cloud also say this approach will decentralize IoT. Each device will have an individually protected chipset within an already protected environment. This makes the entire chain much more robust, instead of relying on “one umbrella to cover a family of 12 people”.

Whether we want it or not, individual technologies which could be considered part of Web3 are already developing fast. IT companies of all sizes and niches are also working hard on their related projects. So, it’s a matter of time before we realize that Web3 has already happened. It won’t be a switch to turn, but instead, it will be a gradual process which is underway.

Google recently formed a Web3 team within its cloud group to build services for blockchain applications. “While the world is still early in its embrace of Web3, it is a market that is already demonstrating tremendous potential with many customers asking us to increase our support for Web3 and Crypto related technologies,” wrote Amit Zavery, a vice president at Google Cloud in an email to employees, as reported by CNBC.

“We’re not trying to be part of that cryptocurrency wave directly,” Zavery told CNBC in an additional interview. “We’re providing technologies for companies to use and take advantage of the distributed nature of Web3 in their current businesses and enterprises.”

Also worth noting is that Meta is working on multiple Web3 technologies. It even bet its entire future on the metaverse and is experimenting with various NFT projects for its current services. A lot of entrepreneurs are also starting companies geared towards the development of various Web3 services.

So, the message here is clear: If your business is going to be affected or could benefit from Web3, it’s time for you to start exploring this area and begin working on it. If you don’t, you will be left catching up in a very dynamic race where the pace is going to be even more demanding than what we have in Web 2.0 right now.