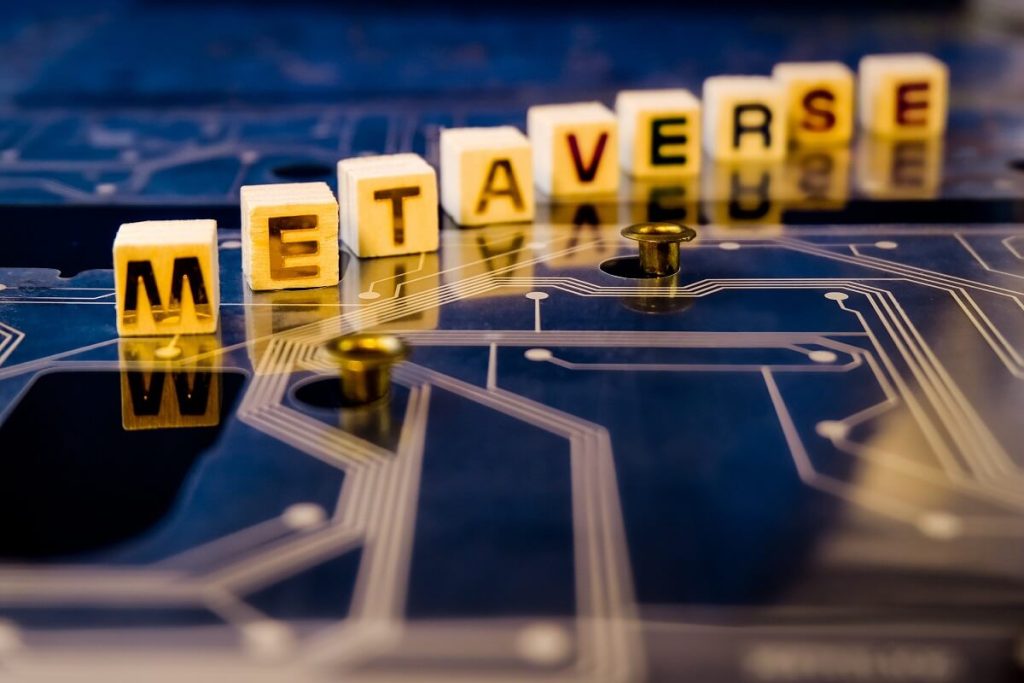 Metaverses are the new thing in the IT world. They became a buzzword in 2021, after Facebook announced it’s working on a new massive project and it’s betting its future on that – the Metaverse. Unsurprisingly the entire IT industry suddenly announced it’s either already working on similar projects or that it is interested in them.

The metaverse, no matter the version(s) of it we will end up using, is inevitable. It’s the next step in the evolution of technology. In order for the metaverse to work, it will need a lot of changes in almost all things IT, including data centers, infrastructure and the cloud as a whole. Let’s explore what we can expect.

Firstly, what is a metaverse?

The word “metaverse” is now everywhere in the IT world. But what exactly does it symbolize? There’s not one definition that everyone has agreed upon. The reason is that the metaverse became a blanket word companies use to appear modern and in tune with the latest hip trends.

Digging in a little more though, and we can find what a metaverse is going to be. It will unify a lot of technologies like the regular Internet, Virtual and Augmented Reality platforms, collaborating tools and pretty much everything else. Facebook’s Metaverse will also offer a huge virtual world where users will have their digital avatars and will be able to interact with each other.

The goal is to have the Metaverse be the gateway to the new Internet and for us to use everything via that virtual world, including regular things like watching videos or browsing websites. If it sounds a bit convoluted, it is. It doesn’t seem reasonable to put on an AR headset every time you want to watch a quick cat video or check an email, so, probably the final version of the Metaverse will be a bit of a mixture of the Internet we know now and all the new stuff via an additional gateway.

Despite that, Facebook hopes to make the Metaverse our new idea of what the Internet is going to be like. The company bet its entire future on this project and plans to invest over $10 billion over the next few years to make it happen. It even changed its name to Meta to symbolize this ambitious goal. But it’s not going to be easy…

Will there be only one?

If you ask Meta, yes. The company wants its Metaverse to be the main platform and gateway to all other Internet services. As you can imagine, other platforms don’t like that idea too much, so other IT giants and companies alike have started to work on their own metaverses. Microsoft is making one, as is Nvidia. Some smaller companies and startups are also working on their own platforms although their goal is different. They hope to build viable technologies and services to be used for the overall development of the metaverse.

The competition will be fierce though. Facebook is in a decline whether it wants to admit it or not. The company knows it can’t rely only on its social media platforms for its sustained future. It’s obvious that eventually some other service will pop up and users will flock to it. So, Meta wants to be on the forefront for this event and create the new service. This way it will ensure it has a long term future.

Meta also hopes that the metaverse will motivate innovations on a wide scale. Not only for the creation of new services, but for the underlying infrastructure. The cloud, the edge, the entire Internet infrastructure will change to accommodate the big Meta.

Why it will impact the cloud?

Absolutely. Currently we view cloud services as containerized segments. We all have our corner of the cloud, be it for our emails and pictures or for corporate services and apps. If the Metaverse(s) expand(s) the way they want, it will conquer the cloud and be everywhere.

Infrastructure changes are needed, too. And some of the components could use that to their advantage. The Edge, for example, is an interesting concept, but for it to work and expand its potential, companies need to offer services for it. But companies don’t want to roll out services for the Edge until there are enough users and infrastructure out there to make it a viable investment.

The center of the Metaverse

Data centers are already very important for the cloud. Add a Metaverse to it and they will be critical. While users will experience the Metaverse as something that’s just out there in the air, it will actually be nestled in thousands of data centers. Meta itself is already investing heavily in such facilities. The company is building an $800 million data center in Idaho which will be just one of many such projects that will pop up.

Why does it matter? Idaho is not a well-known data center hub. There are only a few commercial facilities and none of them are on that scale. Meta’s data center will be 28 times bigger than the current biggest data center in Idaho. Such hyperscale datacenters will become a norm with the rise of the Metaverse as it will generate a vast amount of data on a continuous basis. Data centers will be needed to store and process that data.

Meta will build most of these data centers for its own platform. Other IT giants will also use their own infrastructure, but a lot of the additional services will have to use the public or hybrid cloud. Companies which want to adapt their services to the Metaverse will likely be able to build on top of the platform and integrate them within it, but they will also have to rely on additional cloud services for their sustained operation.

All of this will also reflect on the Internet infrastructure to and from the cloud, subsea cables, wireless networks, Wi-Fi, etc. The key to success for the Metaverse will be the ability to handle huge amounts of data in real time. So, high-speed, low-latency connections which are able to sustain heavy loads for a very long time without major drops will be an absolute must. And that will require a lot of investments for network development and sustainability.

As you can imagine sustainability is going to be a major topic. All of this tech will consume an incredible amount of energy. In order to keep emissions down, IT companies are working hard on making data centers “greener”. “Our data centers are among the most advanced, water- and energy- efficient data center facilities in the world,” Meta said to Datacenter Frontier. “We approach sustainability from the ground up—from design and construction to energy sources, water stewardship, and responsibly managing the end of life of our equipment. The Kuna Data Center will be at least 80% more water efficient than the average data center. Our cooling system relies on outside air for cooling for at least 50% of the year.” And this means more room for business growth.

All types of businesses will have a way to get some benefits from the Metaverse. Infosys recently launched a Metaverse Foundry to explore the possibilities with and around these platforms. It has already found over 100 use cases and templates for enterprises to harness Metaverses. Some of the obvious ones are to improve their communication and reach with clients, to employ the use of AI and simulations for their services, etc.

“The physical and virtual worlds are already smoothly and ubiquitously interwoven. The Metaverse will deepen this overlap and in very experiential ways that will create abundant space for business innovation”, says Ravi Kumar S, president of Infosys in a release.

One interesting template which is already popular among large enterprises is using the Metaverse to set up a massive virtual environment where they can not only offer all of their services, but also showcase their potential clients how their products and services work. Virtual simulations in the Metaverse could be a big selling point for enterprises. Especially when they team them with consumer-friendly items like crypto, NFT, etc. which will also help enterprises be “closer” to the people.

While even Mark Zuckerberg admits that the true Metaverse is at least five years away, people should start preparing their businesses now. Yes, it will take time for the technology to develop and become popular enough. But once it does, chances are things will ramp up and scale very quickly. Many businesses will then also start to rush to adapt to the new reality. The ones that have already completed most of their prep work will enjoy a healthy advantage.

How to prepare for something that doesn’t even exist right now? It’s actually easy. You don’t have to start to build apps. Now is the time for research and to build a strategy. Follow the developments around the Metaverse to know which trends are shaping up to be influential in the form which it will eventually take. Also pinpoint the ways your company and processes can benefit from the Metaverse. For example, to build a better remote work environment and to expand your team globally with ease. Or to offer a new experience for your clients. Or maybe even to pivot to an entirely new concept.

Gartner forecasts that by 2026 30% of organizations will have products and services ready for the Metaverse. This clearly shows that a lot of organizations are already getting ready and just by that fact alone you should, too. Make sure you have everything ready so that you can jump in the Metaverse as soon as it’s ready and avoid playing a catching-up role as that will bring you more losses than if the Metaverse doesn’t materialize. Then you can simply pivot the ready strategy for it and adapt it to the new reality.

Want to read more about the cloud: