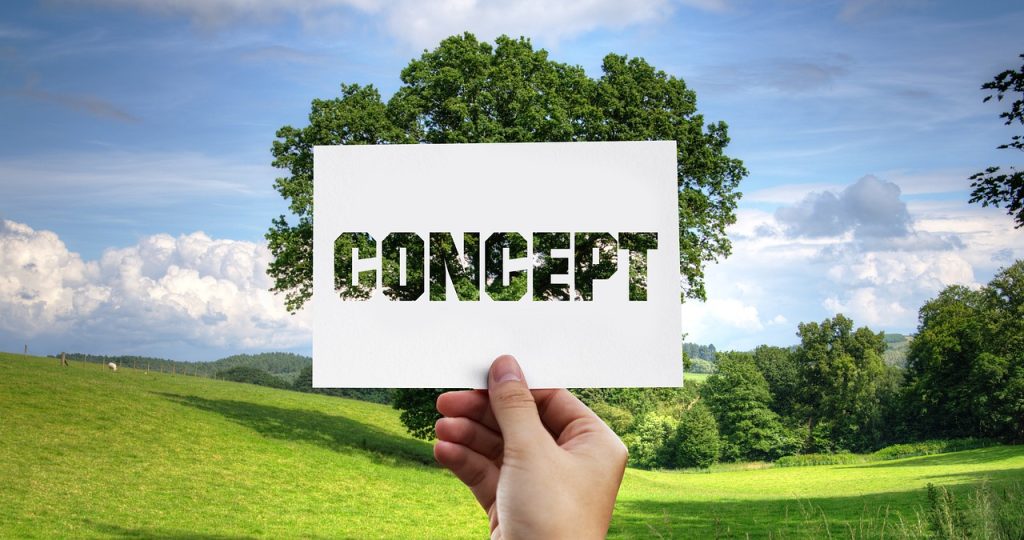 November 2021 was a very important month for the world; the UN held the 2021 Climate Change Conference in Glasgow, aka COP26. World and political leaders, representatives from all industries, scientists, experts and activists gathered for two weeks with the main goal to agree upon and set new global goals  to reduce emissions, combat climate change and introduce new regulations toward a sustainable future.

The IT industry had a major role during COP26. As one of the biggest energy consumers worldwide, it’s our best chance to reduce overall emissions and create the sustainable technologies we need. Plus, it’s also one of the most active industries when it comes to actively trying to lower its own carbon footprint. COP26 ended without a major breakthrough, however it showed that the IT industry and related businesses are not going to wait for an answer but will instead continue pressing on with their projects.

Microsoft was one of the principal partners of the COP26 conference. To mark the occasion, the IT giant teamed up with the University of London to carry out a survey to see if businesses are working towards their climate targets, and how technology can help to achieve these goals now and in the future.

The survey, reported by Computer Weekly, shows that 74% of firms say they have “one foot in and one foot out” when it comes to sustainability. This means that the companies are recognizing the issues and want to take action, but not doing everything they would like to do. “The clock is ticking. The faster we understand this, the more we can do to keep the world at a 1.5° [rise in ocean temperature]”, says Hugh Milward, general manager for corporate affairs at Microsoft UK.

The report focuses on more than 1700 UK business leaders and 2150 UK employees. It shows that 41% of companies consider they are on track to achieve net-zero emissions by 2050. That’s far from enough; the country’s goal is 100% net-zero by that year. The survey also shows companies need better and more accurate metrics to see if they are taking the right steps.. For example, net-zero includes not only the energy consumption in your own offices, but also throughout your supply chain.

Is it cloudy for the cloud industry?

So, research shows us that while companies are working towards net-zero emissions, the process is moving very slowly – and that’s despite COP26’s lackluster final goal. Originally it was expected that the agreement would be to limit global warming to 1.5C above pre-industrial levels. Instead, the conference set a target of 2.4C. That’s quite a bit more and caused debates among scientists whether it is enough and if it’s too late.

What was agreed on is that all industries should work towards reducing their emissions and pursue net-zero. So, what about the cloud industry? Changes need to be made here, too. A report from the University of Twente shows that data centers around the world consume a total of 3% of the global energy and will reach 8% in the near term.

At the same time, the big players like Microsoft and Google say their infrastructure is carbon neutral already. Currently, this means they are offsetting their emissions with green initiatives. They are also aiming to further reduce the energy consumption of their facilities. Amazon is also working to be carbon-neutral by 2040. However, companies are admitting that this approach isn’t positive or sustainable in the long term. Active decarbonization efforts are needed along with developing innovative approaches to reduce data centers’ energy consumption and overall footprint.

The sustainable cloud is forming

Neterra is also working towards carbon neutrality. Neterra is implementing various energy efficiency measures throughout its entire structure. This includes investing in modern, lower power consumption AC technologies in its data centers; in hybrid and electric vehicles; in using electronic, paperless document registry – printing only if it is absolutely necessary. Neterra is planning to introduce new processes to reduce and completely compensate for its carbon footprint like reforesting, recycling equipment, and any reusable resources.

“This is a long-term policy. If we are organized well enough, we can even become carbon negative. This is our responsibility to the environment and the planet. We provide our data center clients with the choice to use power from renewable sources, so they can become carbon neutral as well”, commented Neven Dilkov, CEO of Neterra Group, during the annual meeting of the company where he outlined the major milestones for 2021.

Sustainable technology has a very important place in the cloud industry. The main goal is to work towards enough green energy supply, so carbon offsetting isn’t needed anymore, says John Godwin of UK Cloud in a column. Moving towards 100% energy from renewable sources is a process which will take years. During this time, carbon offsetting will be important and as such, should also be approached with care. It’s not enough so simply pay to claim you’ve reduced your overall emissions. Instead, companies should make the effort to research and support validated, evidence-based schemes, says Godwin.

During his presentation at the COP26, Godwin urged cloud service consumers to also research their cloud service provider and their carbon emissions and efforts. This way customers can easily pressure the industry to move towards more sustainable efforts faster. It will also force companies to be more open and transparent about their efforts. This is an inevitability as the UK plans to make it mandatory for certain types of companies to publish annual carbon reduction plans. Similar efforts are underway in the EU and other regions.

Godwin also notes that a lot of organizations fall into a category he labels #lazycloud. These are the ones who use the cloud, but don’t maintain it properly. For example, they have multiple duplicate databases, keep way too much old, unused data and code, and create unneeded virtual machines and so on. Basically, they don’t do basic cloud and workflow maintenance. One of the reasons is that since they are simply in the cloud and not on their own machines, they don’t bother with their maintenance. In turn, this increases resource consumption and as such – energy consumption. Godwin urges cloud users to carefully monitor their cloud usage and optimize it on an ongoing basis. This way they will improve their own efficiency, but also help the environment in the long run.

Another problem which Godwin points out is his category of #digitaltrash. Emails for example now are part of the daily work communication for billions of people. There are 281 billion emails being sent globally every day. A vast amount of that is spam, but also completely unneeded one-word emails like “thanks”, “ok”, etc. While they are important and needed at the time, they still add to the global carbon emissions. That’s mostly because no one ever really deletes these emails. So, there are hundreds of billions of unneeded, never-read-or-seen-again emails out there just piling in data centers every day for years and years. So, while a single such email is a few bytes, trillions of them do add up. And yet there are servers in data centers worldwide storing these unneeded files and consuming energy.

Now also add your overall digital usage. For example, using a webcam when a simple audio call would suffice. Or hoarding apps on your phone which you never use. Or keeping useless emails and files. All this piles up and adds to energy consumption and emissions. In short, if you want to help the planet, you shouldn’t only manage your physical waste and clean up the forests, you should also manage your digital waste and clean up your devices and servers.

The average result from various studies is that each year the internet and its supporting systems produce 900 million tons of CO. If you participate in 15 hours of online video meetings per month, you will create on average 9.4kg of CO2. That’s the equivalent if you charge your smartphone every night for 1151 consecutive days. It’s incredible to see how much emissions we can save if we put just a little extra effort in our daily activities.

Digital innovation has to be widespread not just the cloud

Google also took part at COP26. The company recommitted its goals for sustainability. They include decarbonization efforts, helping cities, businesses, governments, and people to act on climate change. They will also help its Google Cloud clients to make better decisions to improve their overall sustainability efforts. Google also wants to apply its cloud technologies to help solve customers’ climate challenges. In their words, “It’s time to get solving!”

Atos also took part in COP26 and highlighted the need for practical solutions for clients, R&D investments for future decarbonization technologies, and accelerating the overall progress towards net-zero. “I believe a net-zero future is possible, but we must take bold action on a global scale. On this journey that we need to accelerate, digital is a lever to support both private and public sectors. Data is at the center of this, to make accurate and timely decisions to measure, reduce and then remove excess CO2 from the atmosphere,” says Nourdine Bihmane, Head of Net-Zero Transformation at Atos.

We can’t simply reduce consumption. We can’t just offset. We can’t put the burden just on one segment. In order to achieve net-zero, we need widespread digital innovation efforts. This means using the available data to make the right decisions, and then, we must put in the effort to develop the needed technologies – and this is a task that’ll require every human and organization to take part. Even if it’s just a small part. As we saw, every little bit compounds and adds to the overall result. Technology can be our most valuable tool to achieve net-zero, but we also must want to use it for this purpose.