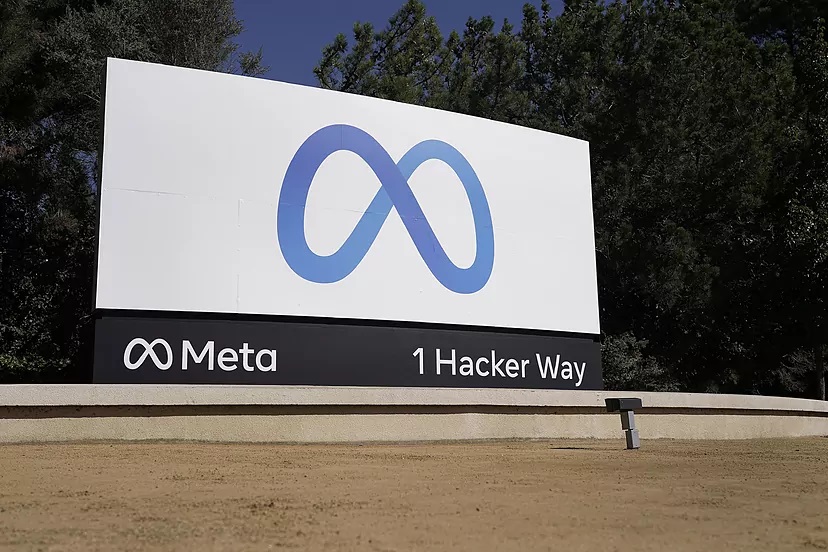 With the recent troubles of Facebook and its name change to Meta, is it the end of this giant?

Facebook and all the scandals in the recent past

“The Facebook” that Mark Zuckerberg launched in 2004, together with Dustin Moskovitz, Andrew McCollum, Eduardo Saverin, and Chris Hughes is a distant memory. The success and growth of the company is undeniable. Almost as much as its scandals due to violations to users’ privacy, disinformation, claims of content moderation, accusations of anti-competitive behavior, and its own employees’ concerns and reports about the business’ practices.

In the last decade, “Facebook” and “scandal” have established a solid bond. Let’s explore this a little further. In 2021, Frances Haugen, a former Facebook employee turned whistleblower, shared internal Facebook documents with The Wall Street Journal. She wanted to show that the company is perfectly aware of the disinformation, hate, mentally damaging content (especially to its young users), politics polarization, and a long list of other harmful practices that’s being shared on the platform She also wanted to highlight that there’s no will to stop them because Facebook’s goals are to grow and get profits, at any cost – no matter what. The claim is for an urgent external review and regulation over the company.

In 2021, it was discovered that the rioters participating in the US Capitol insurrection on January 6th was organized via digital platforms. Facebook included. This dragged Zuckerberg right in front of Congress to testify about misinformation. In the same year, 533 million Facebook users’ data was leaked online. This leak affected users from 106 countries: over 32 million users’ accounts in the US, 11 million in the UK, and six million in India.

In 2020, a former Facebook data scientist turned whistleblower accused the company of allowing fake engagements distort global politics, and did nothing to stop the political manipulation of foreign governments. Fake engagements, meaning reactions, likes, shares, or comments acquired from compromised or non-authentic accounts to purposely distort users’ perception about how popular specific content really is, which influences its performance in the news feed algorithm.

Also in 2020, Zuckerberg faced Congress for an antitrust hearing. Apple, Alphabet’s Google and Amazon’s CEOs also took part in this. The conclusion of lawmakers was the four companies were monopolies, therefore they should be regulated.

In 2019, leaked Facebook documents proved the company leveraged user data to fight competitors and help its allies. More than seven thousand documents, from which four thousand were internal Facebook documents, were released from an app developer’s lawsuit. They showed the company cut the access to data for the developer, planned to track the location of Android users, and even charge developers for having access to the data of users.

In 2021, Mark Zuckerberg introduced Meta, the new name for Facebook. He said this decision’s objective was to put together all the apps and technology under one company brand. “Right now, our brand is so tightly linked to one product that it can’t possibly represent everything that we’re doing today, let alone in the future”, were Zuckerberg’s words.

But the announcement of this re-branding came exactly when the company was facing backlash from regulators and lawmakers over Facebook’s operations and practices. Most analysts saw this name change as a move to clean the company’s image. An attempt to leave the constant “scandal” association with “Facebook” behind.

Metaverse? What is it?

Based on Zuckerberg’s explanation, Meta is a name that reflects the next big goal of the company, to create the metaverse. The metaverse is a plan to create a new world based on digital sensors, AR (augmented reality), and VR (virtual reality) headsets. It proposes a more immersive Internet in which, with the support of technology, users can spend time in virtual spaces, having all kinds of common and uncommon experiences instead of having them in the physical and real world.

Here you have Meta’s quote to explain what the metaverse is. “The metaverse will feel like a hybrid of today’s online social experiences, sometimes expanded into three dimensions or projected into the physical world. It will let you share immersive experiences with other people even when you can’t be together and do things together you couldn’t do in the physical world. It’s the next evolution in a long line of social technologies, and it’s ushering in a new chapter for our company”.

It seems, in the future, you could have the choice to disengage from your physical environments (school, office, bedroom, parks, stadiums, concert venues, etc.) and people. By plugging yourself into a headset, you could become fully immersed somewhere else entirely.

Metaverse is not a new term. Usually, it’s attributed to Neal Stephenson, the American author of the science fiction novel, “Snow Crash.” It has been around for a while and now, Zuckerberg points it out as his next goal. From now, such metaverse can produce all kinds of lectures, positive and negative. It doesn’t sound like a project that could see the light of day without being involved in polemics and perhaps, more scandals. Just remember that Facebook, the social network, seemed to be – in their origin – a way to bring people closer, whereas today it seems to polarize them.

Metaverse is an ongoing project, not completed yet, but from now, it’s ambitious and a new attempt to have even a stronger influence in our daily life.

Immediately after Meta (Facebook) posted their Q4 results of 2021, its stock price dropped 20%! This number sounds even more astonishing when you convert it to currency: $232 billion. The reason for this massive stock price drop was the lower-than-expected results.

The problems that occurred during this period were the drop in Facebook’s active users (1.93 billion in comparison to 1.95 before). The new divisions of the company, like the Oculus, were not going well with an operating loss of $3.3 billion.

The reason for the results, according to Meta’s team are: The massive rise in TikTok’s popularity. It is capturing the young audience and leaving fewer potential users for Meta. Instagram’s reels is not a match to TikTok. The team thinks that short-form videos will be a huge part of the Internet, and Meta wants to have the biggest piece of the pie.

Problems monetizing Facebook Watch and Stories is slower than expected. Apple’s new privacy policies on iOS that change the tracking option to opt-in are hugely damaging the advert revenues of Meta. Now, users need to browse the settings and click on a button that they want to be tracked for advertisement purposes – few users will actively do that.

While the metaverse is the future, Meta currently has other battles too. From the latest results, it’s clear that young people see Facebook and most of Meta’s services as old and uncool. They are running to TikTok to get their daily dose of social entertainment.

Meta is trying the same trick as it did back in the day against Snapchat; steal the idea and integrate it into Instagram. While the last time replicating features was  easy (stories, filters, etc.), this time the weapon of the competition is an algorithm. An invisible mechanism, a closed-code that is the key to TikTok’s success.

Currently, Meta copied many of the features into Instagram Reels – a short-form video app. The key difference of the new app is that the time limit is only 15 seconds, in comparison to one minute for TikTok.

What does Meta own?

Meta has a lot of branches. Although the original product, the social network site Facebook, is experiencing a decline for the first time, that doesn’t mean it is all over for Meta. The company still has plenty of things going on:

Instagram – a social media platform with more than 1.07 billion active users (Statista.com 11.02.22). Instagram is betting strongly on video content with its IGTV and Instagram Reels. The Reels are short-form videos that should compete directly with TikTok for the young audience.

WhatsApp – a messenger app with more than 2 billion active users (Statista.com 11.02.22). The popular chat app is focusing strongly on managing groups. It is the preferred chat app in many developing countries, especially in Asia, Africa, and South America.

Oculus – a company for VR headsets that offers a VR device with an ARM chip at a very affordable price. Meta is losing money on the devices, but its goal is to dominate the VR industry, so it’s willing to take a hit and pay the price in the short term.

Portal tablets – A series of tablet devices that use propriety software and offer services by Facebook and smart home functionality.

Smartwatches – Meta is going to introduce its first smartwatch. It is another way to push their services and collect additional data from their users.

Apart from these, Meta owns multiple smaller tech companies within its portfolio which offers greater stability.

So, the last quarter’s results (Q4, 2021) were not great, but is Meta doomed? Not really. As you already saw, it is a massive company with multiple successful businesses. Even if their first and flagship service – Facebook is slowly declining, there is no chance that Meta will crash any time soon. Still, the company has been under attack from different governments including the US’s. It is possible that in the future Meta will be pushed into selling some of its businesses like Instagram or WhatsApp because of monopoly dominance.

The current bet is on the Metaverse, the “new VR world” where we are all going to live, have fun, and work in the future. So far, the VR hasn’t really taken off, but it just might, if more companies join efforts. If it works out, Meta could become the most expensive publicly-traded tech giant out there. A true behemoth of the new Web 3.0 (LINK).

It is very possible that Meta will have another not-so-bright quarter (Q1, 2022) and maybe even for the rest of the year. It probably won’t return to $1 trillion anytime soon, but it also won’t go bankrupt either. It’s playing the long game, and only time will tell if its bet was the right one.